The first dessert i ever tried to make was Banana Mousse. It was a total disaster in every sense of the word – a soupy mess. I found the recipe in a cookbook my mum had lying around – I didn’t even know what a mousse was. It sounded fancy so i wanted to make it. The highlight of that day was my mum forced everyone to eat the “mousse”  because i was so upset (I didn’t have to eat it cos HELLOO – i was the sad one – LOL). I remember how defeated i felt that day and honestly i would have never imagined at that point, 15 years ago that i would ever bake and sell dessert to ANYONE.

I don’t come from a family of bakers but my mum would cook a whole lot of things when we were younger. I remember she would bake meatpies and we would eat them when we went out for picnics at Bar Beach or Badagry Beach in Lagos.

My earliest memories of baking were from the time my Uncle’s wife came visiting us for the first time from Europe – i was about 10 -11 years old at the time. We baked cupcakes – i remember being so confused when she put fruit juice in the cake batter.  Half an hour later, they became cupcakes and they were delicious! I tried baking a few times after that but it was never anything worthy of conversation

In 2014, My final year in University / Beginning of My Masters Program, I became friends with Andrea & Andreia (@nayr_s_cakes on instagram). They both loved to bake. Around September 2014, i moved in with Nayr (Andreia). She would cook and bake ALL the time and she loved doing it. She brought people together through food. Her cakes are just the best and my absolute favourite was her orange cake (yum!)

Nayr INSPIRED me to bake and Andrea FORCED me to bake. That was her favourite pastime and eventually it became mine too.

My first successful bake was a Madeira Cake I had baked in December 2014 and that was when i learnt my first and most important lesson in baking :

You can read a million recipes, measure your ingredients with a digital scale, make batter that looks so good you can use it as a face mask and  all that hard work will amount to nothing because of your oven. You need to become one with your oven LOL (not a joke). For instance, i know that the right side of my oven gets hotter than the left even though i don’t know why. If you have an electric oven, you do not need to worry as much but if you have a gas oven, you have your work cut out for you .
Until you understand what you are working with, you may end up being an angry, charred overbaked cupcake and while Baking is therapeutic when it works out, baking disasters will have the opposite effect if you’re anything like me. 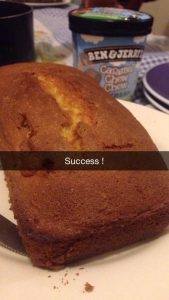 I believe i started baking for the same reason i ran a half marathon in 2015 – to prove to myself that i could do it, to know that with a little determination, tons of practice  and a sprinkle of luck, you can do almost anything you set your mind to do.

The reason why i bake now is because of the need to make people happy. It makes me happy knowing that for a few minutes, i can bring some sunshine into someone else’s cloud and that is what makes it worthwhile.

You can read up on the rest of the story soon:
Baking Journey Continued: Brownies By Aiko  – How Did We Get Here?

Do you bake? How did you start? What do you love about it?  I’d love to hear it!
#MyBakingJourney 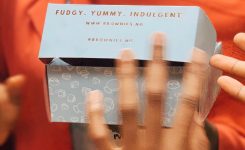 Brownies By Aiko - How Did We Get Here??! 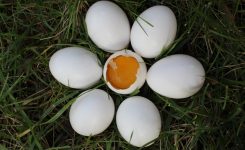 Baking Up A Name 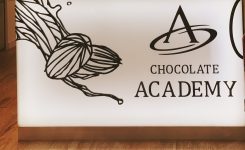